By Bureau Correspondent on June 20, 2017Comments Off on Silicon Valley Perplexed Over Question Of Whether Badminton Is Cool Or For Zerbs 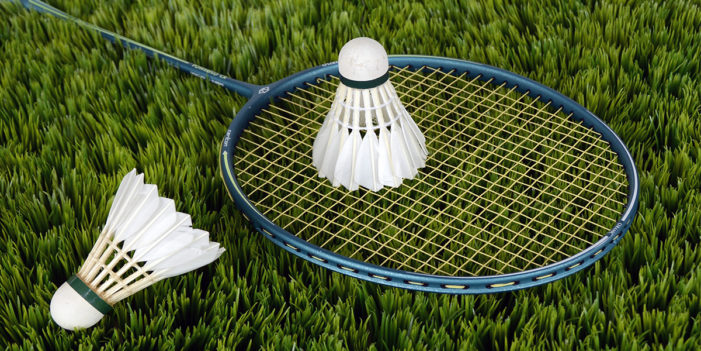 Troubled by rampant uncertainty over whether playing badminton is a fun expression of their quirky uniqueness, or a game for losers who can’t play a real sport, a group of concerned silicon valley employees this week formed a study group to try to determine if it’s OK to play the game.

“We’ve had the net up at some company functions,” said Kampari Morghan, special events coordinator for the hi-tech startup Dealabong, “but employees seemed uncomfortable picking up the rackets. So, we asked around, and it turns out some of them wanted to play but thought they would look like noobs if they did.”

Kampari and some of his co-workers decided to look into the question further, and formed a badminton optics action committee.

Pretty Sure It’s For Weebs

Badminton, which has its roots in ancient China and became an Olympic sport in 1992, has long been played at parties and social gatherings where guests didn’t want to get their clothes dirty, or sweat too much. Using smaller and lighter rackets than tennis, the players take turns hitting a shuttlecock over a small net.

“It’s hard to look like a stud at parties when you’re waving at a shuttlecock,” said app developer Loren Rodriguez. “It looks kind of fun, and after a beer or two at a company function it’s kind of tempting to let loose and play. But as soon as I swing a racket and here that ‘swoosh’ sound, I put it right back down.”

“Totally for zerbs,” said Sue Manchette, who is a project manager for a transportation website. “It’s not easy being a woman in Silicon Valley. Someone in my position who hopes to have a career cannot be seen playing something frivolous like badminton at a company function. You’re just not going to be taken seriously waving a fly swatter at a plastic doily.”

But some on the committee see an edgy side to badminton. “When you get right down to it, it’s kind of subversive, really” said Senior VP of Thought Strategy Wilson Kahn. “I play badminton precisely because it is NOT the cool game.”

“People just don’t understand it. You really need to get into the intricacies of the game. Get into the head space. Players study the game for years in China. There are special shoes with thinner soles. It’s a total concept.”

Play Or You’ll Be Laid Off

At a recent company function, Mr. Kahn encouraged others to give it a try, joking that they “wouldn’t want to be let go in the next round of layoffs just because they didn’t want to look silly.”

Several project managers played 3 sets and were instructed in the finer points of the game by Mr. Kahn. “To be honest, I think they really had their eyes opened to how difficult badminton can be,” he said. “They pretty much got smoked by whatever team I was playing on.”

“Badminton is a skill. And if you develop that skill, and possess superior technique, you can dominate your opponent. Hopefully, the PMs learned something from the beating they took and will up their game next time.”

Project Manager Ella Meier found out firsthand how rough the game can be. “I caught a shuttle-thingy in my eye that Mr. Kahn hit, so I was at the emergency room for most of the party.”

“It was swollen pretty bad, but I didn’t really mind. The doctor said my vision would probably clear up in a couple days. And to be honest, it was a relief not to have to play the game any more. The shouting was getting a little intense.”

Employees at Dealabong will have plenty of chances to improve their game, as the company recently announced they will be installing professional courts just outside the lunchroom.