By Bureau Correspondent on July 13, 2018Comments Off on Papa John’s Founder Accuses Colonel Sanders Of Bestiality 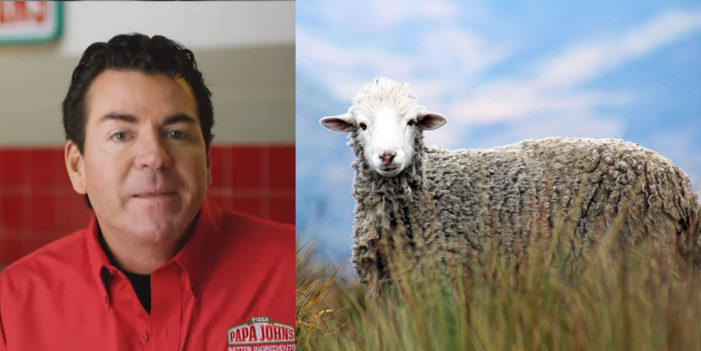 In a continuation of the turbulent events surrounding the founder of Papa John’s Pizza, John Schnatter, the ex-CEO today followed up his accusation that the beloved icon of the Kentucky Fried Chicken franchise used the “N-word” with claims that Colonel Sanders had been seen sexually cavorting with animals.

“Using N-word Not The Half Of It”

Struggling to address the fallout after claiming Sanders routinely used a racial slur, Mr. Schnatter doubled down by attacking the deceased chicken magnate for fornicating with livestock on a regular basis in full view of his neighbors.

“It’s a well known fact that the Colonel had, shall we say, a lot of peculiar habits,” the namesake of the pizza franchise stated. “Did he spend too much time in the barn as some have said? Well, I’ll let you be the judge. But from what I’ve heard, he knew a good piece of chicken when he saw it.”

In addition to bestiality, Mr. Schnatter said Mr. Sanders was a Three Card Monty hustler, operated telemarketing scams on the elderly, evaded taxes, and may have been a witness to several serial murders.

“Why do I get the third degree for calling out players who disrespect their marketing sponsors by kneeling during the national anthem, while Colonel Sanders was allowed to shamelessly frolic with all manner of four-legged creatures to satiate his wanton animal lust? Ridiculous!”

Although he did not rule out the possibility that Colonel Sanders did, in fact, occasionally do the deed with barn yard animals when no one was looking, Mr. Schnatter later apologized for his remarks, saying he was merely role-playing for a screenplay he is writing.

The movie, “Nizzas With Attitude,” traces the story of three black pizzas who refuse to stand for the national anthem and are arrested, thrown in prison, and eaten by the warden. Laura Ingraham has signed on to play the lead, with a supporting cast that will include Rosanne Barr, Paula Dean, and Supreme Court Justice Clarence Thomas.

Release is scheduled for the fall of 2020.