“This Is Fine” Dog Announces 2020 Run For President

By Bureau Correspondent on December 27, 2018Comments Off on “This Is Fine” Dog Announces 2020 Run For President 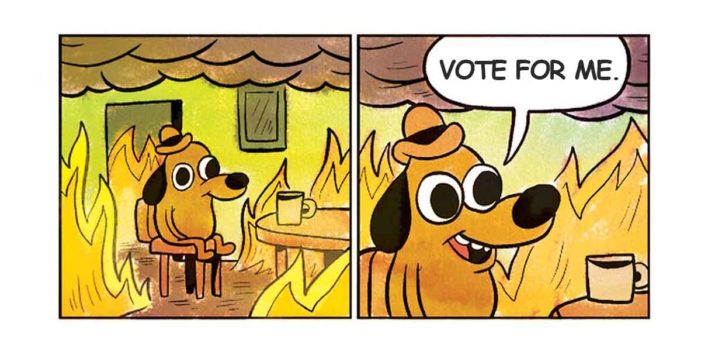 In a surprise announcement this week, the This Is Fine dog, a popular meme and cartoon character from the comic strip “Gunshow” announced he was forming a committee to run for president in the 2020 election.

Stating in his press release that “Things are going to be OK,” the This Is Fine dog said he would be traveling to Iowa in February to begin campaigning.

Political strategist Vin Strobeldt believes the candidate’s message of ignoring the burning building around him will resonate with voters. “Voters today want someone in office who can voice their concerns, namely that the world is coming to a fiery end, while reassuring them that this is not a big deal.”

While still early in the campaign season, a short list of potential running mates was already forming, and was said to include an espresso maker, a pack of matches and a can of gas.