By Bureau Correspondent on February 24, 2019Comments Off on Mueller Releases 274 Page Diatribe Against Jaywalking 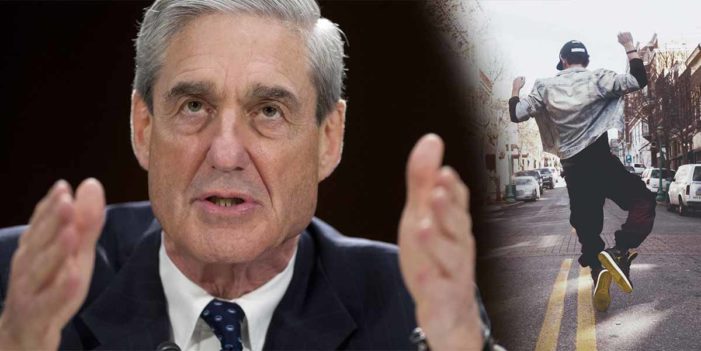 Saying he was only just getting started, Special Prosecutor Robert Mueller today released the first in what will be a 373-volume set of leather-bound books detailing the deplorable state of American culture, as embodied by its flagrant disregard for the rule of law.

The first volume, an impassioned 23-chapter manifesto calling for vigorous prosecution of jaywalking in the nation’s streets, begins with the simplest crimes in laying out what the prosecutor says is a civilization in decline:

“The scofflaws flaunting our carefully-crafted rules for the common good must be brought to justice,” he wrote in a chapter entitled ‘It Is The Duty of Every American to Confront Jaywalkers’.

“As Americans, we must choose to uphold all the laws, or none of them.”

Becoming A Nation Of Hooligans

The 373-volume series, which includes the findings of the Russian investigation, will also feature titles such as “Speed Limits Are Called Limits For A Reason,” “Pay Your Taxes,” and “Reefer, The Evil Cousin Of Alcohol.”

The Mueller Report will be available for purchase at all Barnes and Nobles stores, and for download at Amazon.com and Wikileaks.