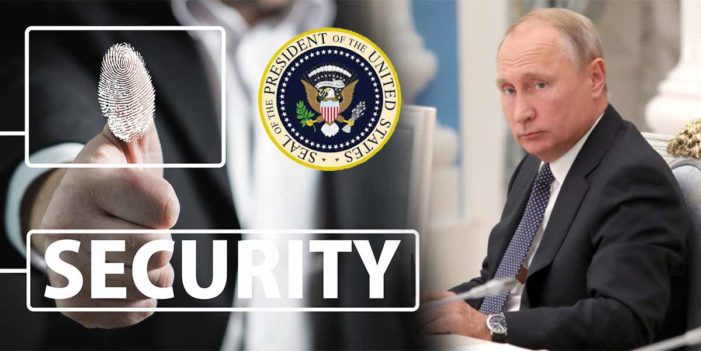 Bucking the long tradition of former presidents refusing to give sensitive intelligence to the leaders of adversarial nations, President Trump this week ordered Chief of Staff Mick Mulvaney to grant Russian President Vladimir Putin the highest security clearance available from the US government.

The clearance, which allows the former KGB officer to review highly classified information such as the codes for a nuclear launch strike, and the location of spies working in Moscow, was ordered by President Trump after President Putin telephoned and asked for it.

“Vladimir called me and said he needed the clearance so he could help us fight the war on terror and protect our borders. He assured me he would not use it for any other purposes,” said the president, “and he was very, very convincing.”

While Congress petitioned the Supreme Court to block the president from issuing the credentials late Monday night, President Trump was said to have photocopied his own security card and instructed a staffer to apply it to some tag board with glue stick, and mail it to the Kremlin.

Defending against accusations that he was making the US unsafe, the president declared he was the most secure president in history, and had just clicked on a “clean my PC” link earlier today to purchase virus protection. Besides, he continued, Wikileaks probably had most of this information already anyway.

Or at least that’s what Julian Assange told him during their bi-monthly information exchange and gossip swap.