By Bureau Correspondent on March 3, 2019Comments Off on Spa Owners Scramble To Assure Clientele Facials Not Offensive 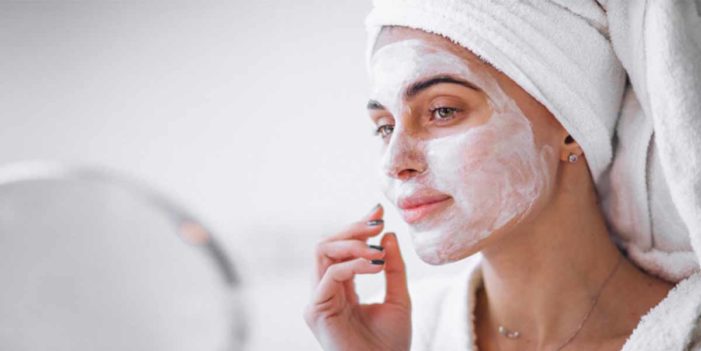 Facing a steep decline in reservations for both full and half-day packages, and almost non-existent bookings for facials, alarmed spa owners across the country this week sought to reassure the public that there is nothing wrong with wearing white creams on your face.

“I am just worried that someone might take a photo,” said long time spa-goer Lauren Ermahn, who typically has a facial every week, but has been deleting emails reminding her to book an appointment.

“All my friends say I am the least racist person they know – I even dated a black guy in college,” she said. “But I don’t want someone to get the wrong idea. And it’s a bummer, because my face is getting super dry.”

Ms. Ermahn’s friend, Lynn Brelster, has also been avoiding moisturizing. “I have young kids and you know how they will tell people anything,” she said. “The last thing I need is to be at a parent-teacher conference and hear that my daughter Elizabeth is telling the other kids that mommy puts white stuff on her face at home.”

To address the hesitancy of some customers to use white creams, spas have begun offering clear lotions and oils in lieu of traditional applications.

“We just added a ‘colorless facial’ to our services using seaweed juice and an agave nectar extract, for customers who want to be extra careful,” said Ms. Blaman. “Also, it was a little drastic, but we’ve banned cell phones in all spa areas. Protecting our customers’ privacy is priority number one.”

“Colorless” facial cream is available for purchase wherever people cower in fear of social media.