By Bureau Correspondent on March 17, 2019Comments Off on President Bans Use of Prepositions On Twitter 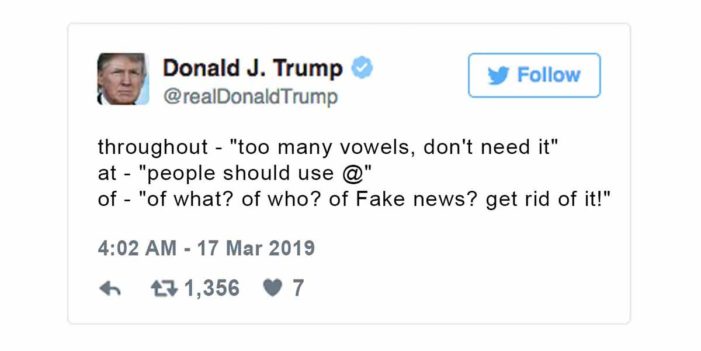 Unhappy at repeated criticism surrounding his use of grammar on Twitter, President Trump today lashed out at what he termed “PC Fake English” and said he is banning all extra words on social media.

“The Fake News thinks they are so good with grammar – but they use too many words that take up valuable space and waste electricity that could be used to watch TV. From now on, everyone needs to write like me – no extra words!”

A spokesperson for Twitter had no comment, but said the company will closely monitor how many likes the president’s tweet receives before they make a decision.