By Bureau Correspondent on April 27, 2019Comments Off on Future Republican Frustrated By Red Marker Coming Across Border 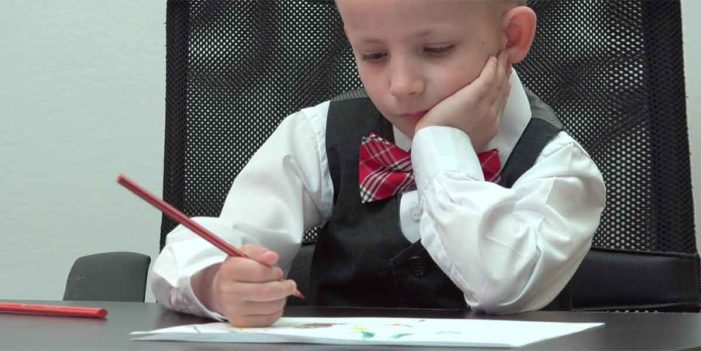 Exasperated by hours of coloring in which his red marker repeatedly failed to stay on its side of the line, 5-year-old artist and future Republican party member Richie Pemberton complained loudly to his parents about the marker’s violation of the boundary on the page.

“Why is this stupid marker always on my side?” he exclaimed to his mother in the next room, furiously trying to erase the red marks without success. “It needs to stay over there!”

The marker, which Richie was using on a Porsche 911 in his “Highly Collectable Cars of the 1990s” coloring book, was consistently straying into the rotors of a helicopter in front of a large mansion. Seeing the problem, Richie’s mother counselled him to relax and draw more slowly, at which point the marker crossed into a hedge row near the mansion’s gate. “Stupid red!” he shouted.

As of press time, the offending marker had been discarded in the trash, and three new Ferrari coloring books had already been ordered by Alexa.

They were expected to be delivered within the hour, thanks to Amazon Prime.