Visitor From Future Confirms: Trump Totally Blamed For Everything

By Bureau Correspondent on May 8, 2019Comments Off on Visitor From Future Confirms: Trump Totally Blamed For Everything 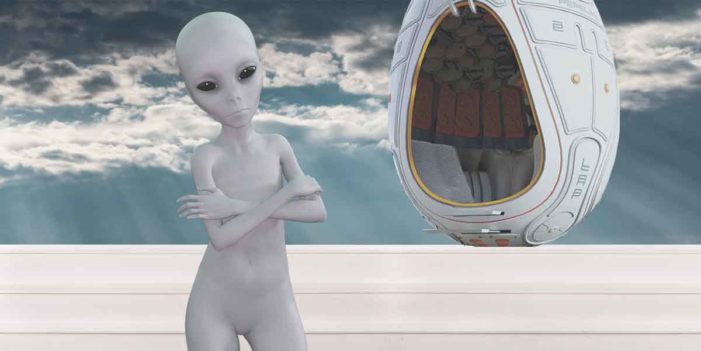 A space traveler from earth’s distant future, where human beings dwell in underground caves without sunlight, and subsist on bacteria grown in pools of sulphur, confirmed Tuesday that President Trump will indeed be blamed for all the ills that befall humanity from here on out.

“Yep, he’s pretty much blamed for everything,” said the humanoid, standing in front of his time-traveling space capsule. “Mainly global warming which will destroy the planet’s atmosphere in about a hundred years and make the surface uninhabitable. But he’s also pretty much synonymous with catastrophically poor judgement, pointless bickering, prejudice, and unadulterated self-absorption.”

“To say he’s not popular in the year 2491 is kind of like saying you aren’t that fond of having white-hot iron rods rammed thru your torso and boiling oil poured over your open wounds.”

The visitor, who made a perilous journey thru a black hole to see the world before the great apocalypse of 2116, when humans will be forced to live in swamps and breathe methane to survive, said he almost didn’t make the trip on the off chance he would encounter the 45th president.

“I’m going to take a lot of pictures of how beautiful the earth was when people lived on the surface, so I can share them when I get back home. But in the future, images of Trump are considered very bad luck,” he said. “People avoid looking at them for fear of something terrible happening.”

“I can’t even imagine what actually running into him would mean.”