By Bureau Correspondent on September 24, 2019Comments Off on Poll Finds 70% Of Americans OK With Living In A Banana Republic 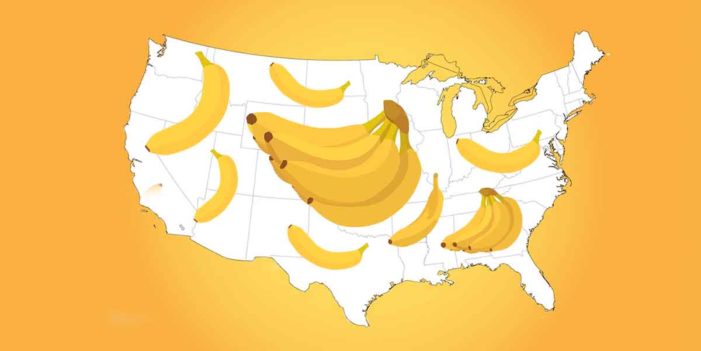 A new poll released today by a Washington think tank revealed a surprisingly cavalier attitude among Americans toward the state of their government, as 70% of respondents reportedly claimed they didn’t really mind that their country had turned into a banana republic.

“Apples, kumquats, who cares?,” said Alexander Rivkin of Norbert, Oregon. “Every fruit has its problems. I’d rather have a banana than a peach.”

“Yup, couldn’t care less,” said Martin Smithston of Newtown, North Carolina, when asked if it troubled him that his district had been designed to make his vote meaningless in any election. “Banana Republic, GAP, J.Crew – so long as the government isn’t taking away my Netflix, I’m good.”

“Live and let live, I always say,” say Delores Ingabreit of Phoenix, Arizona. “My president might be arranging with foreign governments to rig an election, but as long as I have a steady supply of White Claw, how is that really affecting me?”

The term “banana republic,” used to describe a country ruled by a strongman on behalf of a few wealthy citizens, didn’t even register as a negative with some of those interviewed.

“Does it make the US a banana republic just because billionaires pick the winner of every election? And 90% of the money is in the hands of a relative few? Or because the US government stands idly by while its citizens are locked in a desperate struggle against time to save the human race?”

“Maybe,” said Frank Breezewell of Washington DC as he stepped into his double-parked Bentley outside the US Supreme Court en route to his private jet.

“But if it does, you have to admit – this is the best damn banana republic on the face of this earth.”