By Bureau Correspondent on October 3, 2019Comments Off on White House Recalls Special Envoy To Hindenburg Disaster 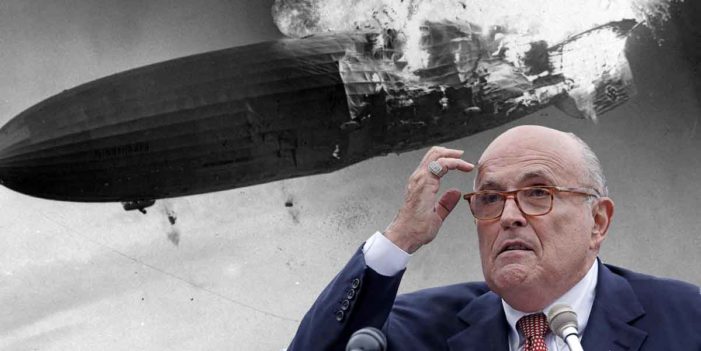 After uncovering several missteps in a diplomatic mission on behalf of the White House this week, the Trump administration elected to recall its Special Envoy to the famous airship Hindenburg after it burst into flames in a fiery inferno and crashed in a smoldering heap in New Jersey.

“While we cannot say for certain that the devastating crash and subsequent incineration of the zeppelin was, in fact, the fault of the Special Envoy,” the White House said in a statement released Tuesday, “we can say he was certainly present for, and may have been a contributor to, the ghastly disaster.”

The Hindenburg, a massive 800 foot long hydrogen-filled blimp, had just completed a trans-oceanic flight when it was mysteriously consumed by a giant fireball. Although the Special Envoy, who was present for the horrific event, disavowed any connection to the tragedy, the administration decided to take no chances and removed him from his post.

“Although I have the fullest confidence in the Special Envoy,” the president Tweeted, “the terrible loss on such a monumental scale of this great airship leaves me no choice but to accept his resignation.”

“I thank him for his service,” he continued, “and wish him the best of luck in whatever court he finds himself, as he answers for his terrible crimes, of which I have absolutely no knowledge whatsoever.”