By Bureau Correspondent on February 21, 2020Comments Off on Acting National Intelligence Director Took A Few Improv Classes Over Summer 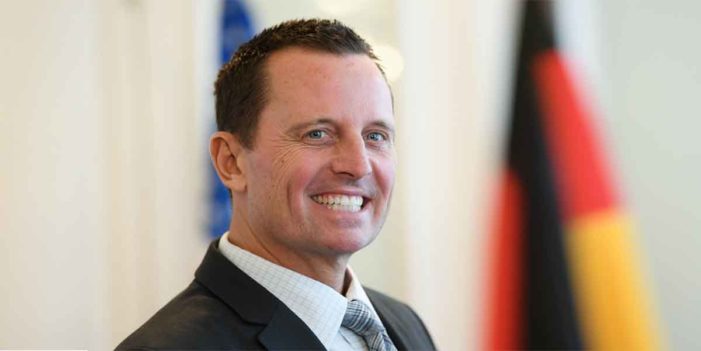 Saying he was extremely well-prepared for his appointment by the Trump administration to the job of Acting National Intelligence Director, former U.S. Ambassador to Germany Richard Grenell said he had greatly upped his game over the summer by taking several improv classes and was ready to tackle the assignment.

“I’ve read Stanislavsky and Meisner and Hagen, but when you get right down to it, what you really need to do is get into the work to make it real – so I took some classes and, honestly, raised my craft to a whole new level.”

“My improv coach has worked with all the biggies – UCB, AIS, Second City – you name it.”

Asked to share some of his secrets, he said: “the first thing you need to do in any situation is listen. If someone says they are considering taking out a terrorist with a drone strike, I’m not just going to say ‘yes,’ – I’m going to say ‘yes, and…”

“Improv is all about embracing what someone is saying and raising the stakes. Surveillance on American citizens? Do it. Covert weapons to fund freedom fighters? I’m in. Smuggling yellow cake for an East African warlord to retrieve a lost drone? Hell yes!”

One of many acting members of the Trump cabinet who were not vetted by Congress, Mr. Grenell credits improv with opening his eyes to a world of possibilities. “I no longer have any fear of making strong choices, and that’s a really good thing. Do I care that the German press called my tenure there as ambassador ‘a total diplomatic failure’? Absolutely not,” he said. “You can’t let critics influence your performance or you’ll never do anything original.”

“At the end of the day, the work I do while Acting National Intelligence Director, or whatever I’m acting as in the future, is going to be the product of careful decisions I make to bring an audience along for the ride.”

“If they can transport themselves, even for a little while, into a universe where they believe I am the National Intelligence Director of the most dominant military power in the history of planet earth, then that is my small gift to them.”

“When you understand improv, everything else, really, is beside the point.”