By Bureau Correspondent on November 24, 2021Comments Off on NASA Launches Spacecraft To Knock Asteroid Into Path Of Earth 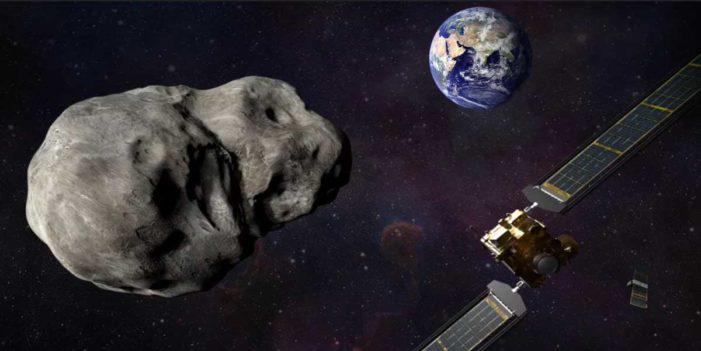 Saying that Earth’s best days are definitely behind her and it was the only responsible thing to do, a group of resigned scientists at NASA’s Jet Propulsion Laboratories Tuesday reluctantly launched a spacecraft to nudge a killer asteroid into the path of planet earth.

“There wasn’t really a whole lot of debate,” said Alfred Metaweather, who was selected to lead the project from a group of over 1,000 scientists who volunteered. “Given the endless bickering, gross inequities, constant wars, not to mention the almost nonexistent response to the existential threat of climate change to our species, we all agreed this was what was needed.”

“You don’t drive away from a dying deer that’s been hit on the highway,” he shrugged.

The asteroid, which is 3 times the size of Texas and will wipe out life as we know it in a fiery cataclysm of biblical proportions causing 100 foot tsunamis and 1,200 degree air temperatures around the globe, is due to strike the earth sometime around the premier of season 31 of “Dancing With The Stars”.

“We don’t know if it will be at the beginning of the first episode, or midway thru, but we’re hoping that the people of earth will at least be able to enjoy the opening credits before impact,” said Professor Metaweather. “It would be nice to go out on a high note.”