Local Man Worried Smart Phone May Be Giving Him Commands 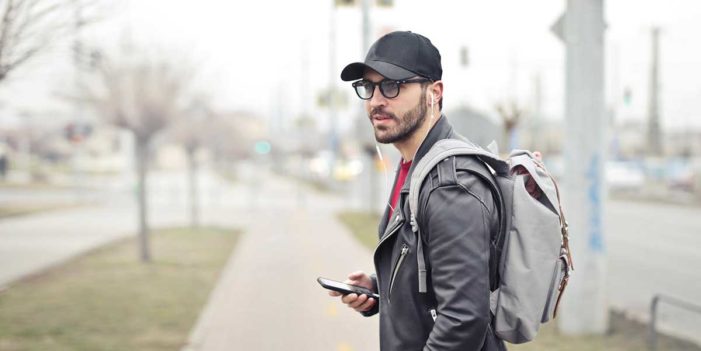 After a busy day of sight-seeing this week in the famous “City By The Bay,” college student and part-time barista Riley Kraner was reviewing the pictures he took on his smart phone while eating dinner, when he noticed something strange.

“I had gone through a guidebook the night before in my hotel room before I went to bed, and made a list of exactly what I wanted to see,” he said. “However, when I looked at the pictures I took today, I realized that a lot of the places I visited were not on my list at all. In fact, some of them appeared to be just random street corners.”

As Mr. Kraner looked back on his day, he realized that some parts were hard to recall.

“I distinctly remember asking my phone for directions to Union Square, and I remember using the map function to walk down the hill from my hotel. I asked my phone to find a cafe, got a coffee, and walked around for a bit. Then I asked the phone for the nearest cable car to reach the wharf.”

“I remember walking a few blocks and getting on the cable car, but then, for some reason, I didn’t take it to the wharf like I planned.”

I remember hearing someone on a loudspeaker saying it was time to get off. Or at least I thought it was a loudspeaker. The next thing I knew I was in a store buying a screen protector and an insurance plan for my smart phone, which was not really planned as part of my day at all.”

Mr. Kraner continued on to Fisherman’s Wharf where he sampled a lobster roll and watched street performers doing some juggling.

“I knew from the guidebook there was a colony of Sea Lions that hang out near the Wharf, so I asked my phone for directions, but then I heard this loudspeaker again talking about a special on battery chargers. And then a map appeared on my screen showing me where the store was around the corner.”

I don’t remember going to that store, but later on as I was watching the Sea Lions I looked down at my hand and realized I had a bag in it with five phone chargers,” said Mr. Kraner.

“It was a little creepy, since I already had a perfectly good one back at the hotel. Although the ones in the bag were a lot more colorful.”

As he looked through the rest of his photos he had taken, Mr. Kraner became aware that he had visited a series of electronics stores and made purchases of more than $300 worth of phone accessories. “I don’t need any of this stuff,” he said. “I can’t imagine why I thought I should buy it.”

Looking Forward To Trip To Europe

Although a little unsure of what happened to him in San Francisco, Mr. Kraner was looking forward to a trip this summer to Europe and was planning to take his phone with him even though there will be roaming charges.

“I’ve been typing in the cities I want to visit in a list I keep on my phone. It’s hard to remember what I put in sometimes, because the cities keep changing. But I’m pretty sure it’s my list,” he said.

“And anyway, what am I gonna do? Go without a phone?” Mr. Kraner laughed. “I think I’ll be fine as long as I can just save up some extra money for phone accessories before I go.”