By Bureau Correspondent on August 2, 2018Comments Off on Trump Vows To Punish US Farmers Until China Comes To Its Senses 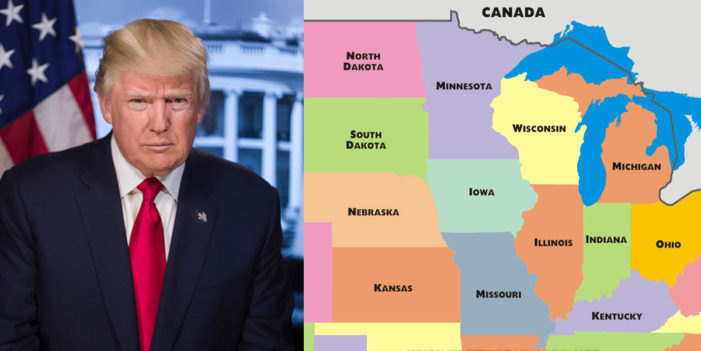 President Donald Trump demonstrated his resolute commitment to reining in trade deficits with China this week by vowing that he would punish American farmers “as long as it takes” until China changes the way it does business with the United States.

US Can No Longer Stand Idly By

Saying the US would no longer be complacent in the face of China’s multi-billion dollar advantage in trade, the President brushed off steep tariffs that China was enacting on pork, soybeans, and other US farm produce.

“For too long, the United States stood by as China used cheap labor to produce goods at low prices, making it very difficult for us to compete. This is why my administration will stand by as China enacts high tariffs on our nation’s farmers, and we will gladly watch them double and triple them if necessary, until China changes its tune.”

Does Not Know Any Farmers Personally

Although the President, who was raised in Queens and spent his career working in the real estate industry, has never worked on a farm in his life, aides in the White House said the President was simply doing what needed to be done.

“This is what leadership looks like,” said White House Press Secretary Sarah Sanders.

“For years, US farmers have reaped the benefits of selling to China despite the tremendous trade imbalance. The President is simply doing what the Obama administration should have done long ago: punishing the nation’s farmers in order to make an adversary do what we want.”

Although China’s tariffs on US farmers will batter the already desperate situation of many sectors of US agriculture, the President vowed he would not back down, and would welcome an increase of penalties against farmers if China did not comply.

“I don’t care if China raises their tariffs over and over and over again,” the President said. “If the Chinese leaders think that our farmers will somehow escape the consequences of China’s actions, it is sorely mistaken.”

In addition to tariffs on US farm products, the President promised to stand by as China enacted penalties on other US products. “There will be a flurry of tariffs enacted on American industries the likes of which few people throughout history have ever suffered before.”

“China’s been getting away with murder,” he said, “and it’s high time that somebody paid the price.”