By Bureau Correspondent on February 22, 2019Comments Off on Mueller Finally Buckles Down To Write That Report That Due In Two Days 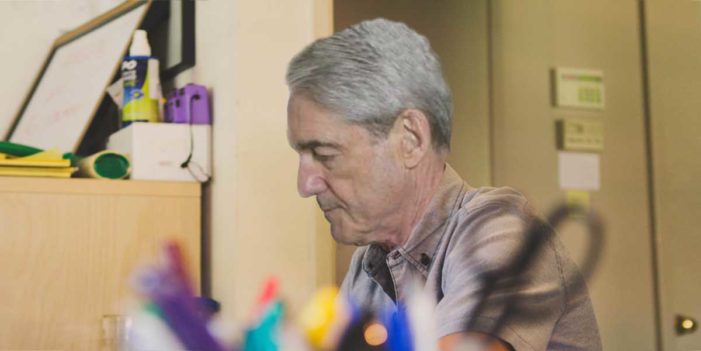 Saying it’s been hanging over his head for most of the summer and a good chunk of the winter, Special Prosecutor Robert Mueller this week hit it hard to try and crank out that report that he’s been putting off before the end of the term.

“I really shoulda started this weeks ago,” said the regretful justice department employee, staring down at least two all-nighters in a row. “There was just so many parties and stuff going on that I guess I let it slide.”

Brandishing several two liter bottles of diet coke and a box of “no-doze”, the leader of the investigation into possible presidential collusion with the Russians during the 2016 election was admittedly a little freaked out.

“I know this stuff, but I don’t know how I’m going to be able to get it all on paper before Monday. At least in a way that will make sense.”

Turning up his stereo to play “Fortunate Son” by Creedance Clearwater Revival, the 74-year-old former director of the FBI was sharpening several pencils at press time and organizing some blank sheets of paper into piles.

Sources say he is expected to make a trip to the vending machine in a couple minutes, to see if maybe they have that kind of Doritos he likes.