By Bureau Correspondent on January 11, 2020Comments Off on Rush Cover Band Hangs It Up After One Practice 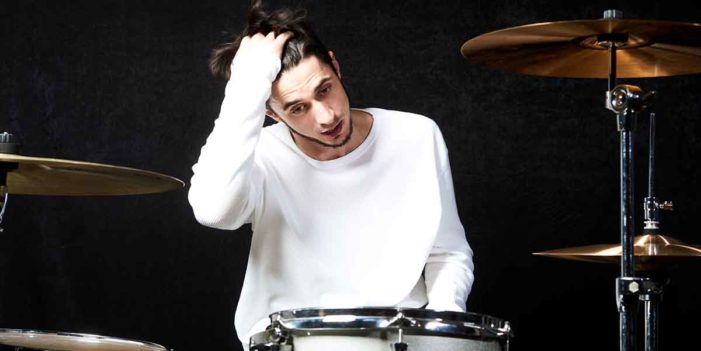 A local group of musicians who had gathered in their garage to form a new Rush tribute band decided to hang it up on Saturday after attempting to learn a few of the band’s most popular songs, and realizing there was absolutely no way they would ever be able to play their music.

“Yeah, we all love Rush and had talked about doing a tribute for a long time – but man, what the heck were those guys doing?” said guitarist Brian Wellfeather, whose parents own the garage. “I mean seriously, it must have taken them a couple centuries to learn some of those songs. It’s crazy.”

Not Sure How They Were Playing Those Notes

After listening to the intro to the popular ‘Tom Sawyer’ a few times, the band mates tried to launch into it. “It seemed like the one to start with. We had the right tempo, but even the simple part in the beginning just seemed off,” continued Mr. Wellfeather. “And then we really started listening to the drums for awhile and our drummer Marco got this funny look on his face and right there I knew we were in trouble.”

“After that we tried to play to ‘Freewill’, and got about 20 seconds in when Marcos said it was switching to 7/4 – but I thought it was 3/4. So, we just listened to that part over and over for like an hour. We never even made it to the bridge.”

After trying to sort out the drum fills on ‘Spirit of Radio’ and listening to ‘YYZ’, the band mates decided they had no shot and opted to hit the local bar and talk about their next band concept instead.

“We are not bad musicians,” said bass and keyboard player Martin Wholper, who some friends said sounds a little like Geddy Lee. “We had an early Beatles tribute band for awhile that did alright, but honestly we’d have to go into hiding for a couple years to put together a set of Rush tunes,” said Mr. Wellfeather. “It’s kind of insane.”

Although the band decided not to pursue learning Rush’s music, they did find a way to incorporate the band in their live shows.

“Brian’s sister has a pretty good DJ rig, so we’re going to have her spin some tracks as our opener in a kind of Rush remix, maybe with a little Frank Ocean and Billie Eilish thrown in” Mr. Wholper said. “The kids like that stuff.”

“And if nothing else, it will get the crowd fired up for our fallback tribute band idea: The Troggs.”

Editor’s note: RIP Neil Peart. We were not worthy.