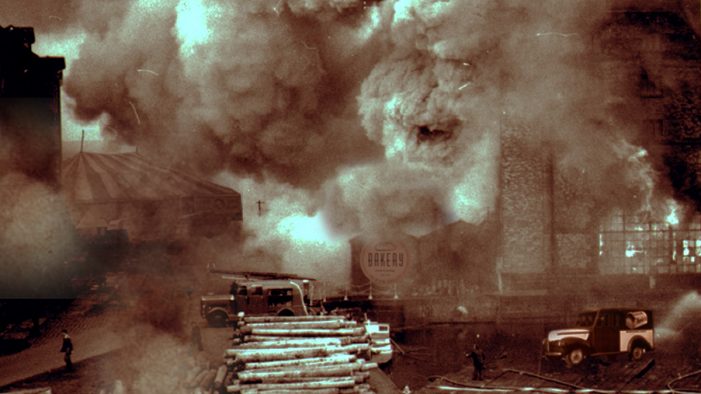 Pandemonium broke out at dawn this morning in the Florida Panhandle when angry circus employees in Pensacola attacked a bread factory next door and burned it to the ground.

City worker Reuben Hernandez said the attack happened quickly and was over in about an hour. “The circus employees were carrying sticks and torches. They seemed very well prepared and caught the bread factory employees completely by surprise.”

According to witnesses, acrobats employed by the circus leaped over fences and tumbled over to the guard house where they quickly over-powered the security officer at the gate. A bearded lady entered the building first, and distracted the receptionist with a confusing request about which bathroom to use, at which point a clown car smashed thru the front doors and 23 clowns burst out.

Police have named fire eater Raymond Kleer as a prime suspect in the setting of the fire. “Thankfully no bread factory employees were injured in the attack apart from some minor scrapes” said police spokesman for the suburb of Newtonville, where the circus and bread factory are located.

“We have been expecting something like this for some time” said bread factory owner Baron Kreisel. “There were some conflicts over the last couple years as employees left the building, just words mostly. But you could tell the circus guys were getting ready to turn things up a notch.”

The circus did not respond to requests for comment, but on their Facebook page a message said their 2019 US “Circus of Domination” tour would go on as scheduled.

No circus animals were harmed in the attack.

One Response to "Circus Employees Attack Bread Factory, Burn It To Ground"