By Bureau Correspondent on December 24, 2018Comments Off on Man Playing 4 Dimensional Chess With God Actually Playing Modified Game Of Checkers 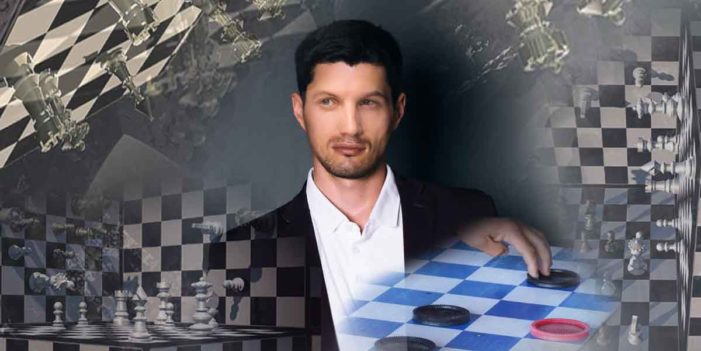 Despite a firm conviction that he was locked in a deadly battle of multi-dimensional chess for control of the universe with the Being who created it, Martin Gimlok of Shelvre, Delaware, reportedly has been playing something much closer to the game of checkers, a board game popularized by the Milton-Bradley company in the 1970’s.

“I don’t know why I agreed to play,” said God who was boredly looking out the window while vaporizing asteroids. “He has yet to make one move that benefits him, and I’ve already been kinged 47 times. But it’s fun watching him come up with new bad moves. He’s good at that.”

Mr. Gimlok, who decided to challenge the Almighty after taking an online quiz that rated his intelligence as “genius-status” was optimistic about his chances of victory. “I have Him right where I want Him,” said the 37-year-old real estate agent. “If I suddenly disappear after this next move, it means I was successful and have been transported to the center of the cosmos, where I will reign supreme for all of eternity.”

As of press time, Mr. Gimlok was preparing to make the decisive move that would rewrite recorded history and change the space-time continuum forever – which he vowed to execute just as soon as he could remember whether he was red or black.