White House Report: Fear Of Poverty Will Keep You Healthy

By Bureau Correspondent on February 27, 2019Comments Off on White House Report: Fear Of Poverty Will Keep You Healthy 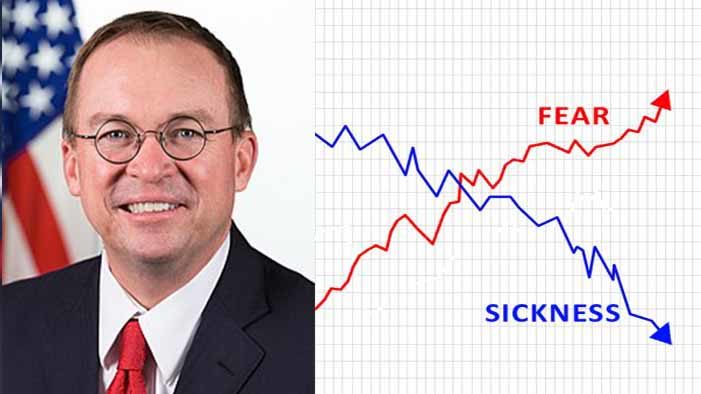 The White House released some positive news Tuesday to reassure the 24 million Americans who may lose their health insurance under the Republican-led lawsuit to invalidate the Affordable Care Act.

“It’s understandable that Americans losing their insurance under our plan will be concerned about what will happen to them. This is completely natural, and no one should feel ashamed for having these concerns,” said White House Chief of Staff Mick Mulvaney.

“But the fact is, the intense fear of the astronomical bills that would result from a catastrophic illness or injury without health insurance will keep the average middle class American healthy for years to come.”

According to a report released by the White House, “while medical costs for any number of illnesses can easily wipe out the savings that a middle class person has painstakingly put together over decades, these effects are counteracted by the body’s natural terror of dying penniless.”

“Fear of this soul-crushing debt,” the report continued, “coupled with the shame of not having an inheritance to leave your children, will act as a protective barrier to keep you from getting sick in the first place – much like an oyster creates a pearl from a grain of sand.”

Chief of Staff Mulvaney said the report just proves what is actually common sense: “if I was not a member of this administration, and did not have access to fantastic health care paid for by taxpayers, well, you can bet your bottom dollar I would avoid being sick at all costs. And so it will be for average Americans”.

“In fact,” said the Chief of Staff, “with the impending end of the Affordable Care Act, I know I personally feel a lot better already.”