By Bureau Correspondent on May 18, 2019Comments Off on Anxiety-Ridden GOT Fans Terrified Series Finale Will Just Cut To Black 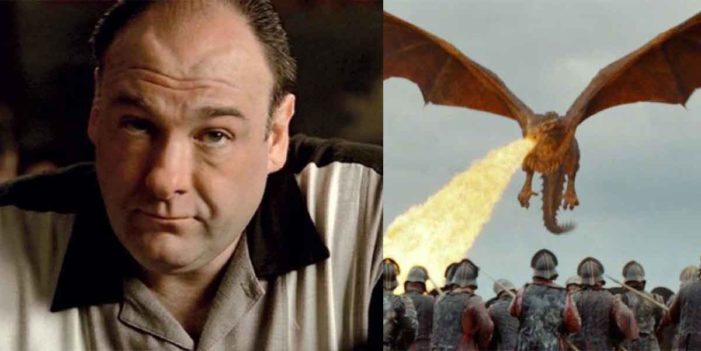 Wary of the horrors of an earlier generation of HBO series watchers who devoted years of mental effort to The Sopranos, only to be flummoxed by the show’s ambiguous ending on a frame of black, Game of Thrones fans across the country anxiously called mental health professionals this week to voice their fears of another impending inconclusive end.

“I don’t know what I’m going to do,” said fan Archer Midlandson of Canton, Ohio. “I mean, David Chase did that ending already, so they’re not going to reprise it, right? But then I look at how the writers have been handling the final episodes and I get kind of freaked out. And Sopranos was on HBO, too! Holy Crap!”

“It can’t cut to black!” said Delilah Parker of Montpelter, California. “I spent 3,500 dollars traveling to Northern Ireland wearing a goat leather tunic and a tin helmet that cut my scalp so I could see where they shot this show. This ending better be awesome or somebody’s gonna pay!” she added.

While the Soprano’s ending has generally been interpreted to represent the moment when the show’s lead character, Tony Soprano, was killed, fans were enraged at the time that the writers did not clearly spell it out.

“I kicked in my TV set,” said Darryl Monsone of Teaneck, New Jersey, who was an avid fan of the Sopranos at the time and has seen every Game Of Thrones episode. “To spend all that time watching a show and not get to see the lead character die in a hail of bullets was the single biggest disappointment in my life. If they try that crap on this show, there’s going to be trouble.”

As of press time, creators of GOT assured the general public that the final episode will be everything they asked for and more, and pledged to hold a press conference about the ending just as soon as they returned from a much-needed vacation at an undisclosed maximum-security location somewhere in the Southern hemisphere which was scheduled to last anywhere from 4 to 375 weeks.