By Bureau Correspondent on December 31, 2019Comments Off on Fox Announces News To Be Read By America’s Favorite Super Heroes 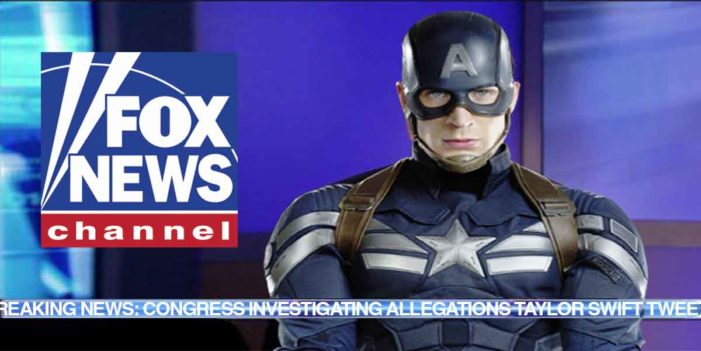 In an effort to combat the erosion of trust in news reporting but still connect with millions of Americans who want to know what’s going on in their world, Fox Corp announced that starting today, all news on the flagship Fox News Channel will be read by America’s favorite super heroes.

“We realized there was a segment of our viewership that wasn’t being served news in the way they wanted,” said Noam Bielbrine, News Director at the newly dubbed Super Heroes News Network.

“After extensive focus grouping, we determined super heroes to be the most-trusted peer group by far for our core viewership of ages 35-67,” he explained. “Coupled with the fact that 85% of our viewers responded ‘not sure’ when asked whether they believed super heroes were real people, we felt that it was time to make the switch to all-super-hero news reporting.”

The initial lineup of reporters will feature the top survey-scorers on measures of likability, trustworthiness, and attractiveness, said Mallory Breeson, VP of Talent Acquisition. “Captain America, Wonder Woman, and The Hulk will anchor the studio, with Aquaman, The Green Lantern and Groot on location. And Susan Storm will cover the weather.”

Although there are some kinks to be worked out – for example, a recent camera rehearsal had to be stopped after The Hulk smashed a teleprompter to bits when asked to read from it – the network has high hopes for the new team.

Commitment To Do What’s Right

“At the end of the day, we need to be responsible to our shareholders – and that means giving our viewers news reporters they can trust,” continued Ms. Breeson. “If that means viewers will get the stories that shape their world from imaginary characters who were created to entertain adolescent boys in the 1950s, then by golly, that’s what we’re going to do.”

As news of the change in on-air personalities broke at press time, shares of FOX CORP were trading up 14 percent.